Students from Carisbrooke College in the Isle of Wight embarked on an exciting overseas trip which took place in November 2019, taking in the sights of Shanghai, Xi’an and Beijing. 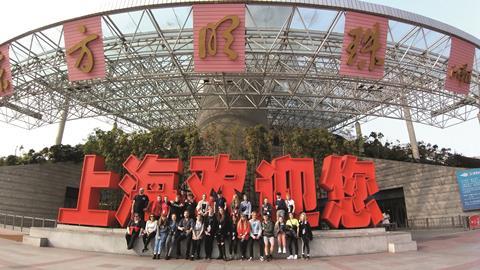 The group at the foot of the Shanghai Pearl Tower.

The purpose of the trip was to link in with the college’s Mandarin Chinese subject and allow students to be immersed in the language and culture which they had been studying since joining the secondary school.

25 pupils took part in the trip and visited a range of destinations to get to grips with the Chinese culture, this included the Oriental Pearl TV Tower, People’s Square and Nanjing Road in Shanghai, a visit to the ancient Huaqing hot springs and a trip up a mountain to a Buddhist temple in a cable car in Xi’an, plus, a tour around Tiananmen Square and the Forbidden City and a hike along the Great Wall of China in the snow in Beijing.

Joe Briscoe, Mandarin teacher at Carisbrooke, explained: “I have tried to ensure that despite being from a relatively isolated corner of the UK - the Isle of Wight - students are encouraged to have a wider, global view and aspire to travel and explore more of the world in the future.

“This trip was vital in expanding on these efforts in the classroom by actually showing students what else the world has to offer and how genuinely impressive and useful the language skills they’ve been learning can be. The confidence they gained by stepping out of their comfort zones and going to places many might otherwise never consider has been astounding and the passion they have for the language has only increased since returning. 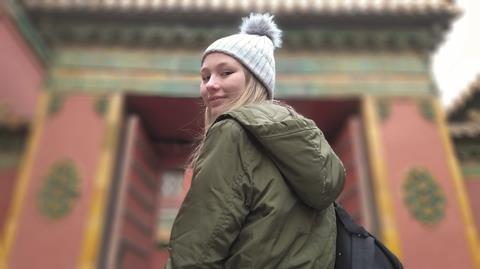 One student exploring the Forbidden City in Beijing.

“A lot of attention was given to the cost of the trip in the early stages of planning. Dates were suggested and changed to keep the cost as affordable as possible. To ensure as many students studying Chinese at GCSE level could attend the trip as possible we ensured funding was made available to support a number of students in meeting that cost.” 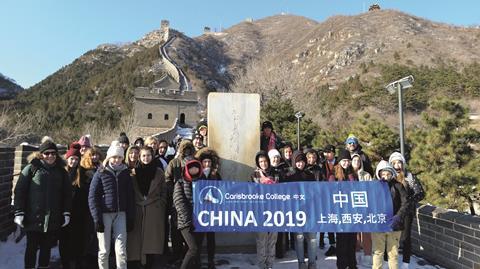 The pupils had time to explore the Great Wall of China.

Afterwards, pupils said how they had “learnt so much on this trip - about the Chinese culture, their beliefs and so much more,” and that it was “a once in a lifetime experience which none of us will ever forget.”