The winner of the 2020/21 School Trip Champion Award is Andy Wright, headmaster of Bablake School, Coventry. 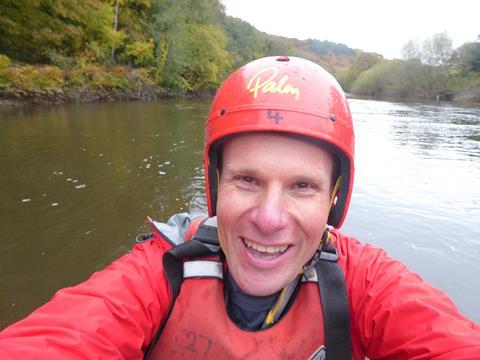 He was announced as the winner during the School Travel Awards ceremony broadcast online on Thursday 20th May.

The School Trip Champion Award, which comes with a £1,500 prize for the winner’s school to spend on a future trip, recognises individuals who go the extra mile.

Nominations were made by teachers, parents, pupils and suppliers and a shortlist of four candidates have been selected by the School Travel Organiser team as this year’s finalists.

With more than 20 years’ experience of running trips while based in a variety of schools, Andy is committed to providing opportunities that make a difference to the students as well as the staff involved.

These include; leading trips to Pakistan for schools across the UK and being part of the leadership team on a project in the Midlands that worked with disaffected young people over a year that culminated in a week-long residential in Wales.

He has also been involved with organising; hockey tours to Spain, Greece and Malta, history trips to the World War One battlefields and to Auschwitz, as well as taking thousands of pupils on Duke of Edinburgh trips.

Speaking of the importance of educational visits, Andy said: “I was very lucky to go on a number of trips myself as a pupil and they’re some of the things I remember most about my time at school, seeing the wider world. School trips broaden horizons and allow you to see pupils in a different context and build special relationships.

“I have been fortunate enough to take students to some bizarre places in the world like Albania, Uzbekistan and it’s developing those practical skills like how you get around a country – those are skills that are transferable to all sorts of situations.”

What people said when they nominated Andy:

“He truly understands the importance of a well-rounded education and aims to ensure that all pupils develop a curiosity for knowledge, not just in the classroom but in the world around them.”

“Andy is absolutely committed to outdoor learning and giving young people the opportunity to excel in a totally different environment to the classroom.”

“The trips that he organises and attends with the children are educational and exciting and encourage a passion for the subject or activity in the children that will last a lifetime.”

These finalists are also champions…

You can find out more about each of the finalists, including what their role involves and some of the trips they’ve organised in our special feature here.