Why we went ahead with our Paris trip

Boston College’s health and safety coordinator Pete Davy explains why the college went ahead with its Paris trip, less than two weeks after the attacks on the city. 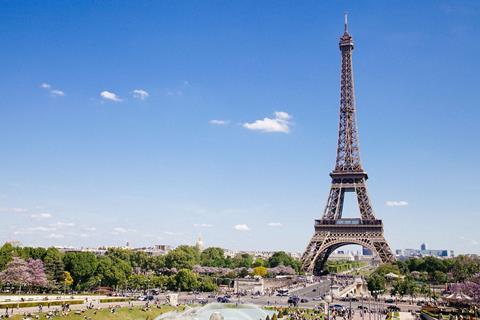 Pete Davy was watching television at home when he first heard the news that Paris had been attacked. After the initial shock and horror, his thoughts turned to his college’s imminent educational trip to the city.

“As health and safety coordinator it’s my job to sign off educational visits with the principal,” explains Pete. “When we got in to school on the Monday after the attacks we had a lot of decisions to make. We had to do a new risk assessment, look at the Foreign Office advice, and consider the safety of staff and pupils, and to also consider parents’ concerns.”

In canvassing parental opinion, Pete found the general consensus was that they were willing to take the college’s lead. So, after speaking to another local college who had travelled to Paris a few days after the attacks, for advice, Pete and the rest of the school’s management team decided to go ahead with the trip. Only two pupils pulled out.

However, Pete decided he wanted to add an extra level of security to the trip, so he contacted a company called Locuro, which delivers mobile tracking technology for school trips.

At a basic level, Locuro sends a handset away with school trip leaders that tracks their location at all times. Back home, authorised parents can log-in to a secure internet page to see where their child is. Trip leaders can also upload photos, so parents can be involved in the visit socially.

At a more complex level, Locuro has a 24/7 emergency response centre that monitors global threats around the world. It’s manned by ex-RAF staff who have worked in fields like radar and intelligence in the past.

When an incident happens, this response centre knows automatically how close its user schools are to the epicentre.

If necessary, response centre staff can send out a message to trip leaders to alert them to an incident. For example, a message might explain that BBC news has reported a bombing. Then, if required, they can set up an ‘exclusion zone’ that alerts school trip leaders as to where they can and can’t go. If a trip is taking place dangerously close to an incident, the response staff can call trip leaders directly to give them warnings or further advice.

The centre can also send messages to parents to keep then updated. For example, a message could be sent out telling parents that their children were 100 miles away from a particular incident – take a bus crash as an example – and that they don’t need to phone their children’s schools.

“I’d heard about Locuro about two years ago but hadn’t used it before,” said Pete. “After the 13th November, I thought it was the right time to try it. It was really easy to set up. I contacted Locuro at short notice and they moved heaven and earth to assist us. I spoke to all the parents to tell them what was happing with the software and without exception I could tell there was a real reassurance and relief among them that they would be able to track where their child was.”

In addition to using Locuro, Pete also worked with the trip organisers to change a small part of the itinerary. They had planned an evening cruise through Paris but replaced this with a night of entertainment at Disneyland.

The day after the Tourism and Leisure students returned from their trip Boston College was chosen to take part in a thematic review by Ofsted.

“The inspector was pleased with the way we handled the trip to Paris,” said Pete. “And he was impressed that we had used Locuro.”

After every trip, analytics are available from Locuro that show how many times parents have logged in to check on their children. The typical parent logs in three times a day for roughly seven minutes. On Boston College’s Paris trip, parents were logging in for 20 minutes at a time.

“Parents and myself were given a real peace of mind by this software,” explained Pete. “The group had their photo taken outside Disneyland and they were all smiling and happy. That was really reassuring.”