Sarah Holt took a workshop on neophilic adventures and narrative journeys at Derbyshire County Council’s Learning Outside the Classroom Conference, here’s what she learnt. 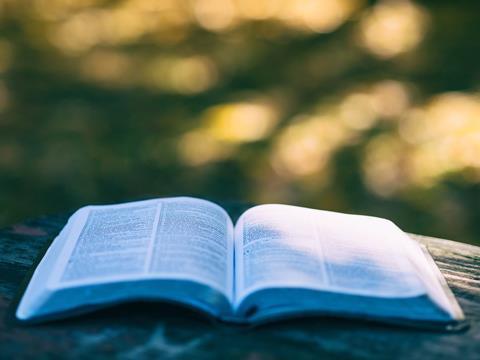 It’s a Wednesday morning in April and I’m stood in the middle of the sports field at Lea Green Development Centre in Derbyshire and I’m searching for a pair of giant’s underpants.

Over my arm is a silver patio chair, which I’ve decided is really a teleportation device, and in my hand is a camping light, which I’m telling everyone is a device that can be used to turn the night into day.

Across the other side of the field another group of adults has kidnapped a pirate.

To onlookers, the group of teachers and learning outside the classroom practitioners marauding around the Lea Valley grounds has gone mad.

Fortunately, we know that we’re taking part in a workshop on neophilic experiences and narrative journeys.

The leader of the workshop is Philip Waters, play project coordinator at the Eden Project and the director of I Love Nature, a wild play and learning site in Cornwall.

His aim is to show us how play and, in particular, the concept of neophilia can be used to make children’s learning experiences more engaging and therefore more memorable.

In case you’re not familiar with the term, neophilia refers to a human’s innate attraction to novelty.

Research has shown that adding novelty to an everyday place can encourage children to engage with that place better.

Landscapes, for example, can be made more neophilic.

For example, adding an unexpected rope bridge to a wood encourages children to become more active in that space.

While adding an unusual object, such as an old chair, to the same wood can encourage children to interrogate the environment in new ways – for example questioning why the chair is there, who put it there, and how it differs to what should be there naturally.

(If you’re interested in the theory, look into Eleanor Gibson’s work on affordances, plus theories of fields of constrained action and promoted action.)

More interestingly for learning outside the classroom practitioners, though, is the concept of increasing neophilia in practice.

And that brings me back to my hunt for the giant’s underpants.

Before Philip sent us out on what was essentially a scavenger hunt for natural and manmade materials, he’d given us a narrative to help engage us with our quest.

He’d told us that a local giant had lost his underpants and we had to go out and find them, collecting as many items as we could along the way that could be connected to the story of the missing underpants.

As my team and I roamed the Lea Valley grounds searching for natural and manmade items, our story devoured us.

A discarded plastic drinks can wrapper became a magic helmet, a feather became a giant’s nose tickler, and a holy leaf became a fairy’s shelter from the rain.

We were a million times more enthused by finding items we could link to a story than we ever would have been in simply collecting man made/natural items.

The exercise made it immediately clear that adding an element of storytelling (and therefore neophilia) to an educational task could make it instantly more engaging.

After completing the exercise, the group discussed ways in which the story of the giant’s missing underpants could be linked to curriculum learning.

We decided that children could plot the locations of their finds as they went along and use the shapes and angles to study Maths.

Maps of their quest could also be drawn up and used for the Geographical study of compass directions and physical features.

Links to English were also, obviously, forthcoming, as children could build on their original story to develop other characters and further fairy tales of their own.

Philip provided other examples of ways in which storyrtelling could make a normal task much more exciting for a pupil.

Take a student who is unenthusiastic about PE for example. That student is far more likely to attempt to climb a ladder or do a climbing challenge when they’ve been inspired to believe they’re climbing to the top of an eagle’s nest of a beanstalk.

I know, that I can remember almost every item we found on our hunt. I’m pretty sure I wouldn’t have the same clarity of recollection if my task hadn’t had an element of neophilia or narrative. And I’m not even a child.

To find out more about Philip Waters visit www.ecehh.org/people/philip-waters.