The National Maritime Museum, part of Royal Museums Greenwich, will be opening four new galleries in September, complemented with a schools programme to match. 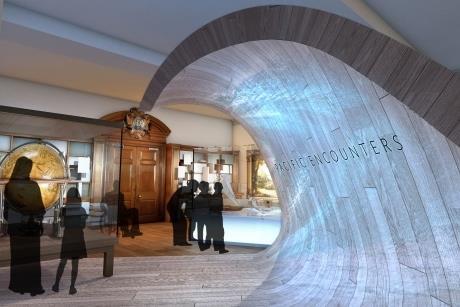 Complementing the opening of the galleries will be a new schools programme, allowing pupils to interact with what they see around the museum.

The programme, suitable for all Key Stages, will include interactive sessions covering topics such as great explorers, the Titanic, and the Spanish Armada.

The displays will feature more than 1,100 objects, covering over 500 years of Britain’s history of exploration. The galleries will examine how men and women ventured beyond the nation’s shores to explore the ends of the Earth in a quest for knowledge, riches and adventure.

Furthermore, the galleries will highlight how Britain’s relationship with the sea and its growing maritime power and ambitions shaped the country and impacted the world we live in today.

Tudor and Stuart Seafarers explores how England, and later Britain, emerged as a maritime nation between 1500 and 1700.

Pacific Encounters tells the story of exploration and exploitation, as European travellers turned their attention to the Pacific in the 17th century, venturing into the world’s largest ocean in search of greater knowledge.

Sea Things is a playful gallery exploring how our identity is shaped by the sea.

What else should teachers look out for?

On Thursday 10th October the museum will also be holding an exclusive Teachers’ Private View for teachers and school staff to explore the new galleries and find out about the new cross-curricular offers.