An excited group of seven to 11-year-olds really pushed the boat out on their first trip to London that also involved the majority of them travelling by boat for the very first time. 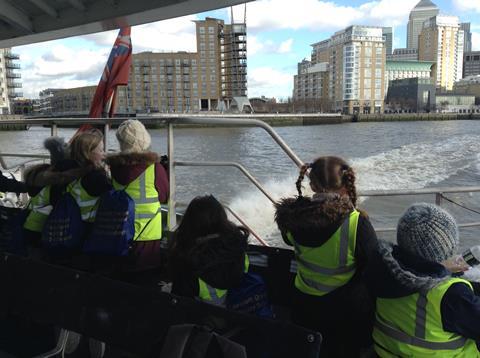 Booking a trip with Thames Clippers allowed Seacroft Grange Primary School to see several of London’s attractions in a fun way which didn’t involve too much walking.

The pupils, all current or past serving members of the School Council at Seacroft Grange Primary School in Leeds, were invited to the Houses of Parliament following a visit to the school by Leeds East MP Richard Burgon, who also welcomed them in London. To pack in as many sights as possible they travelled along the Thames on one of the 17 catamarans run by MBNA Thames Clippers.

Head teacher Chris Florey said: “I went on one of the Thames Clippers’ boats when I was on holiday and thought it would be a great way for us to get around and see as much of London as possible in the day. Our inner-city school is in a very deprived area and many pupils have never left their estate to go into Leeds, let alone London, so this was a very special trip and we wanted to make the most of it.”

The School Council members at Seacroft Grange are actively involved in all kinds of decision making, from school dinners to staff recruitment, and have to write their own manifesto in order to try and get voted in. Democracy, voting and representation were among the topics covered in the workshop at the Houses of Parliament, which linked in with the PHSE British Values agenda.

“With the other things we did we also covered History and cross-curricular topics,” said Chris. “The boat trip itself helped complement the studies and was very memorable. It was exciting, reasonably priced and provided some wonderful sightseeing opportunities. It was also very easy to book online and when we arrived the staff were very helpful.”

The group arrived in London by train and took the underground to Westminster Pier where they boarded a boat to Canary Wharf, where they disembarked before catching the next boat back. 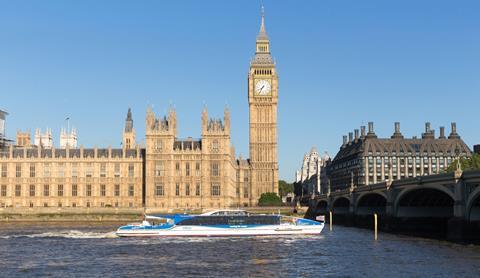 Big Ben was among the attractions that Seacroft Grange Primary School students were able to see from the Thames Clippers catamaran,

“We had time before our Houses of Parliament visit and wanted the children to see as many of London’s landmarks on their first trip to the capital,” said Chris. “The boat allowed us to do this in a fun way which didn’t involve too much walking.”

Landmarks covered on the various Thames Clippers’ routes include Tower Bridge, the Tower of London, St Paul’s and Southwark cathedrals, Shakespeare’s Globe, Greenwich, the Cutty Sark and the Coca-Cola London Eye. The line offers teachers a variety of downloadable resources that can be used during the trip.

Chris said: “We printed off some of the activity packs to give to the children. But as most had never been on a boat they were so enthralled with the boat trip itself that we didn’t really use them. The children looked at them on the train to London and back to Leeds.”

He added that the pupils were in “awe” and “wonder” as they cruised along the Thames and the whole trip was such a success that the school would like to make it an annual one.

“We work hard to provide aspiration for our children and they were blown away by each and every experience,” he said. “There was not one moan all day from 7.30am to 10.30pm and the boat was the favourite experience for most of the children.”

Thames Clippers operates the most frequent fleet on the river with services stretching from Putney to Royal Arsenal Woolwich, and departures from major London piers every 20 minutes. There is a 10% discount on fares for school groups of ten or more. 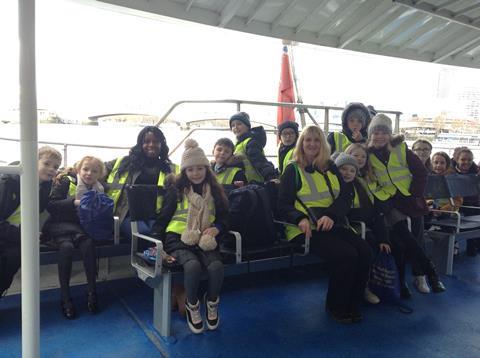 Students from Seacroft Grange Primary School enjoyed a trip on one of Thames Clippers’ catamarans.

The trip to the Houses of Parliament and cruise on the Thames provided an inspirational springboard for the children who went on to stand up and share their experiences with the entire school.

“Back at school they collated all the photographs and put them on display,” said Chris. “All 14 of them also led the school assembly, without the assistance of any adults, and talked about what they did on the day. It was very inspiring to see the way they led the assembly with such confidence and enthusiasm.”