Children are set to be transported back in time with this year’s season of Kynren - An Epic Tale of England which returns to County Durham. 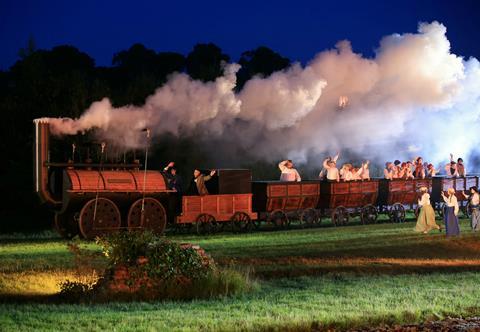 One of the largest props in the performance is the full-size replica Locomotion No.1.

Exclusive group rates are available for schools as well as registered uniformed groups such as Scouting/Guiding, to attend performances of the 2023 show from 29th July until 9th September.

Suitable for Key Stage 1 through to Key Stage 5, audiences are taken on an adventure through 2,000 years of history as they join young Arthur on his epic quest. A 1,000-strong cast and crew perform the 90-minute show in the outdoor theatre in Bishop Auckland.

School groups will be able to:

There’s an early bird offer of 25% for school groups (bookings must be paid in full in advance and are non-refundable). There are also free teacher/adult places available.

About Kynren and Bishop Auckland

Since its opening performance in 2016, Kynren has attracted more than 350,000 visitors to Bishop Auckland. The show consists of 29 dramatic scenes bought to life with water jets, stunts, special effects, pyrotechnics and equestrianism. 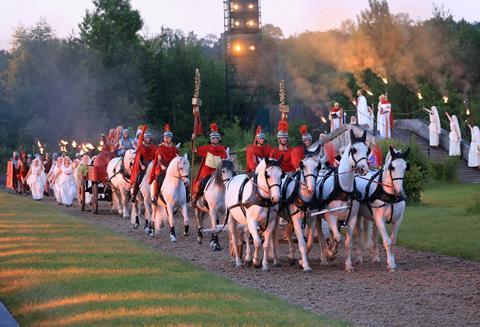 School groups can watch Boudicca’s courageous but doomed uprising against the Romans.

The dialogue itself features the distinctive tones of Kevin Whately, best known for his roles in Auf Wiedersehen Pet, Inspector Morse and Lewis. Kevin’s voice plays the part of Old Arthur, the character who reveals the secret of time travel to Young Arthur, setting him off on his quest for knowledge; ‘Kynren’ echoes the Anglo Saxon word ‘cynren’, meaning generation, kin or family, and is a fitting name for Arthur’s epic discovery of his roots.

Once home to the Prince Bishops of Durham, the historic town of Bishop Auckland has a rich and surprising history spanning over 2,000.

At the heart is Auckland Castle, one of the best-preserved bishop’s palaces in Europe, home to a collection of paintings by Spanish artist Francisco de Zurbarán. The Spanish theme continues in the nearby Spanish Gallery, the UK’s first gallery dedicated to the art, history and culture of Spain.

The Auckland Project has plans for the future, with the Faith Museum due to open this autumn becoming England’s first museum dedicated to the history of faith in Britain.

For more information visit www.11arches.com/junior-groups or to book email groups@11arches.com