The Warner Bros. Studio Tour London – The Making of Harry Potter, has revealed that it will be opening its new attraction, Gringotts Wizarding Bank, this year. 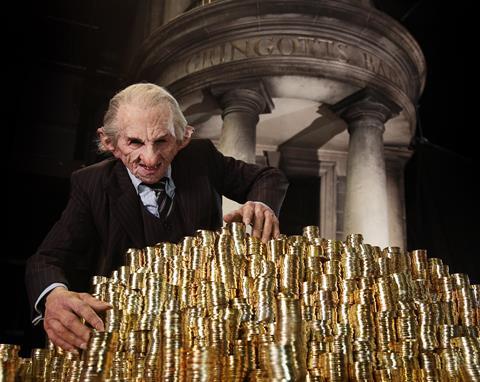 The attraction in Watford invites visitors, including school groups, to enter the set of Gringotts Wizarding Bank, said to be the attraction’s biggest expansion to date.

The new addition to the studio tour will be unveiled on 6th April and is set to be a permanent feature of the experience.

A visit can tie in with a number of subjects such as Art & Design, Film & Media, English and Business Studies.

From Harry Potter first discovering Diagon Alley to the famous trio escaping on a Ukrainian Ironbelly dragon in their quest for a Horcrux, Gringotts Wizarding Bank played an important role in the Harry Potter film series.

Lined by towering marble pillars, the grand banking hall will be decorated with three crystal chandeliers and finished with real brass leaf. Inkwells, quills, ledgers and piles of Galleons, Sickles and Knuts will complete the goblin tellers’ desks as seen on screen.

Gringotts Wizarding Bank is famously run by goblins. Walking through the imposing marble columns, visitors will discover the costumes and prosthetics belonging to Bogrod, Griphook and many other goblin bankers.

Once through the banking hall of Gringotts, school groups will enter the depths of the Lestrange Vault used to store the treasures of Bellatrix Lestrange including the Sword of Gryffindor and Helga Hufflepuff’s Cup, one of Voldemort’s many Horcruxes.

During filming 38,000 pieces of rubberised treasure were created the for the Lestrange vault including 7,014 Hufflepuff Cups. Here, students can try out a photo opportunity allowing them to step inside the Lestrange vault and surround themselves with treasure.

Visiting schools can not only enjoy exploring the attractions which include the new Bank, the Hogwarts Express and the Forbidden Forest, but can also take part in a number of educational workshops too.

Tying in with curriculum subjects, pupils can use what they have seen at the Studios as inspiration behind writing, pitching, creating and more.