The Museum of Oxford, which is dedicated to telling the history of the city and its people, has reopened with a series of workshops aimed at schools. 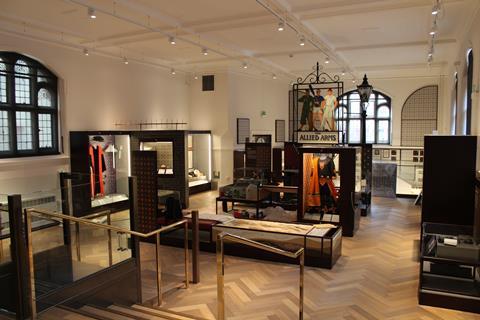 The Museum of Oxford has now reopened following its recent refurbishment.

Workshops for schools include:

In addition to the workshops already in place, the museum is inviting teachers to get in touch to help develop new resources for secondary school visits and research topics.

Mary Clarkson, Oxford City cabinet member for culture, leisure and tourism said: “The major investment has helped re-imagine the museum for a new generation and makes it an important cultural focus for our city and communities.

“I look forward to seeing all sorts of people getting involved by taking part in reminiscence projects, understanding the past in school’s workshops, contributing to and exploring community exhibitions and more.

“It’s a museum for everyone, where everyone can take part.”

The museum opened in 1975 in the former old City Library in the Town Hall and is dedicated to telling the history of the city and its people.

Its recent refurbishment has brought together displays of objects, images, spoken histories and interactive exhibits, as well as two new galleries on the ground floor which illustrate the changing story of Oxford through its history and people, from Romans and Anglo-Saxons to the first Cowley factory workers, the infamous Cutteslowe Wall and its rich heritage through times of conflict and industry.

For booking details and to download teacher packs visit www.museumofoxford.org or to express an interest in developing school workshops with the museum email museum@oxford.gov.uk.