The team at The National Wallace Monument in Scotland have launched an online video series to help young people learn about history from home. 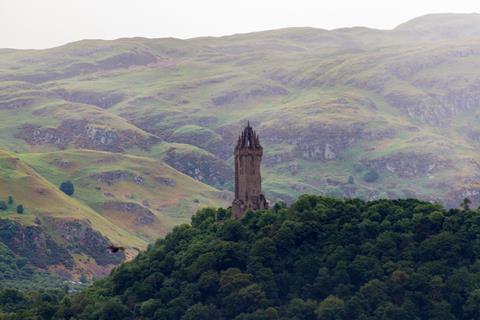 Pupils can learn about the history of the monument through a series of videos.

The landmark in Stirling, which is operated by the charity Stirling District Tourism, has developed a series of online learning videos and activities based on William Wallace (a Scottish knight) and the Wars of Scottish Independence.

The video series, which is available on its website here, is aimed at children aged eight to 12 years old and encourages viewers to answer questions based on the content.

Catherine Morrison, learning and volunteer co-ordinator at Stirling District Tourism, said: “Usually, I’m hosting trips for school children at the Monument, or visiting schools to teach them all about William Wallace.

”These are things we’re not currently able to do, but we wanted to do something to support parents and keep their children learning about history.

“Hopefully, these resources will help to keep young people occupied, and we imagine they will be especially useful for parents who are working from home.”

The monument is currently closed to visitors due to the coronavirus outbreak, and can be seen lit up in blue every night in April in support of NHS workers fighting the virus.

The site will reopen to schools when it is safe to do so.

What’s usually on offer for schools at the National Wallace Monument?

The National Wallace Monument offers pupils the chance to learn about the life and legacy of William Wallace inside the Monument’s three exhibition galleries which include Wallace’s broadsword and the 360° view from the Crown.

Visits to the attraction can take between an hour-and-a-half to two hours. Education visits are self-guided, although the team hope to be able to provide guided tours in the future.

You can watch the video series by visiting www.nationalwallacemonument.com.