With the World Cup increasing the younger generation’s interest in the sport, we look at a selection of football related school trips. 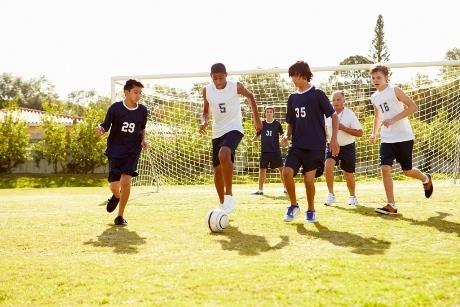 With England getting further than many anticipated in this year’s World Cup, we look at six footie related trips to get pupils interested in one of the world’s most popular sports.

The Etihad Stadium, the home of Manchester City Football Club offers school tours giving pupils a back-stage look into the world of football. Pupils will get to wander through the press conference room, players’ lounge, warm-up room, changing room, player’s tunnel, and pitch side.

Throughout the tour students will hear interesting facts about the stadium and the sport from its history to the nutrition of the players. Schools wanting even more can add on special presentations to their trip to tie in with subjects such as Business Studies, Physical Education and Sports Science.

Tour operator, The Kings Ferry, offers educational group tours around Wembley Stadium. Complimenting the National Curriculum in subjects such as Creative Writing, Maths, Science, History and Engineering, students will get to immerse themselves in all things football.

The tour allows pupils to witness where many sporting heroes have played as well as the operational workings of the stadium which is also used as a music venue too. Kings Ferry tour guides can also provide educational worksheets to aid learning on a tour.

The Anfield Stadium, Liverpool Football Club’s home also offers education trips for all Key Stages with special rates. Schools will get a tour of the stadium and groups can tie in their visit with a chosen subject.

If it’s playing football your class are into, then Halsbury Sport, part of Halsbury Travel, can arrange special football tours for schools where you’ll enjoy fixtures with teams similar to your school’s standards in Europe or further afield. The tours can also involve training sessions with some of the best professional football teams in the world, such as Real Madrid.

ClubEurope Sports Tours offer pupils the chance to visit stadiums abroad such as Barcelona FC’s Stadium in Barcelona, Spain. Pupils will tour the stadium as well as watch the team in action.

Pupils will also have the chance to train and play football. A trip can include nearby locations such as La Sagrada Familia and Las Ramblas too. Other destinations and stadiums are available.

Need advice on booking a stress-free tour? Read our recent article with some great tips.