Winners of the Wicked Young Writer Awards 2019 are announced

The winners of this year’s Wicked Young Writer Awards have been revealed after pupils from around the country sent their entries in to be judged by a panel of experts. 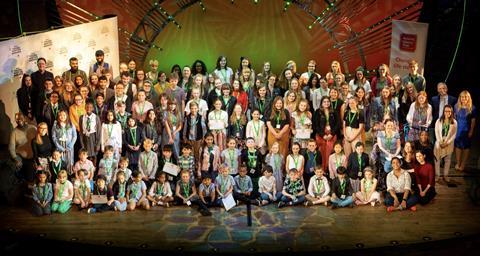 The finalists on the stage at London’s Apollo Victoria Theatre, home of Wicked the musical.

The national competition, which was created by the producers of the hit musical Wicked and in association with the National Literacy Trust, was set up to encourage and recognise excellence in writing and creativity, while also helping to develop literacy and writing talent in young people.

Now in its ninth year, the ceremony took place at London’s Apollo Victoria Theatre on Thursday 20th June and was attended by the 120 finalists, their families and teachers.

This year saw more than 4,500 submissions, with a rise in entries from individuals and Primary Schools in the 8-10 age category and the 11-14 age category.

Author and illustrator of the How to Train Your Dragon books, Cressida Cowell, led the panel, alongside poets Inua Ellams and Hussain Manawar, Jonathan Douglas (director of the National Literacy Trust), Michael McCabe (executive producer of Wicked) and Nicky Cox MBE (editor in chief of First News).

The winners were split into six different catergories as well as special prizes given to the schools who had the most individual entries.

The winners are…as described by the judges 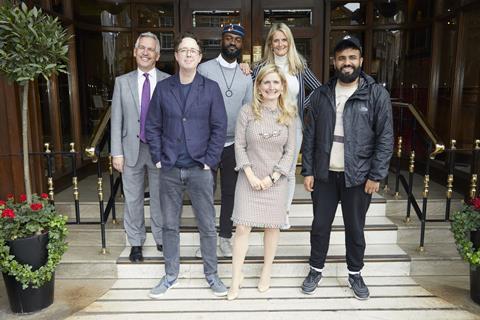 The judges of this year’s awards.

“We established these awards in 2010 with the simple objective of getting more young people engaged with, and excited by, creative writing. We are greatly indebted to all of our champions, supporters and Judges for so generously devoting their time to a cause that we all feel so passionately about. It remains a privilege, every year, to read such exceptional, imaginative stories and poems.”

“Every year, the Wicked Young Writer Awards inspire wonderfully creative and thoughtful writing – and this year was no exception. There was an exciting element of diversity in this year’s Awards with a broad range of themes, some powerful messages, and touches of humour bursting through from the stories. Well done to everyone who took part this year and congratulations to all of the finalists. We hope the Awards will continue to give voice to your ideas and passions.”

What did they win?

Wicked’s educational team host a range of workshops for every Key Stage. For more information and to download a free lesson plan, visit www.wickededucation.co.uk