The Council for Learning Outside the Classroom (CLOtC) event will take place at West Midland Safari Park in March. 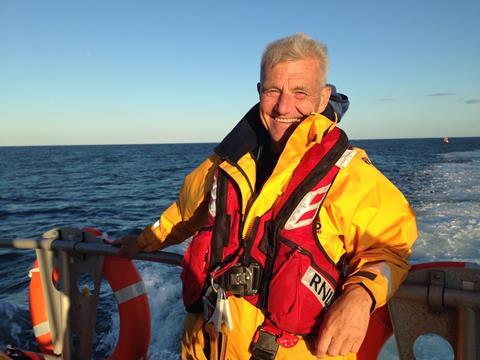 Paul Rose was awarded HM The Queen’s Polar Medal for his time as Base Commander of the Rothera Research Station, Antarctica.

TV presenter Paul Rose, who is incredibly passionate about children learning beyond the classroom, is returning to host the conference which brings together educators from schools and settings with learning outside the classroom providers.

Paul will be joined by author and former headteacher Mick Waters and Anne Scannell, a teacher of a Gold LOtC Mark school.

The event on Tuesday 2nd March, organised by the CLOtC, will focus on ‘achieving quality learning beyond the classroom’ with details of other keynote speakers to be announced at a later date.

The experienced TV presenter and radio broadcaster is a long-standing advocate of getting children learning away from the desks, believing that experiences both outdoors and overseas, are a key part of a youngster’s development.

In a previous interview with School Travel Organiser, Paul said: “When you’re young, those formative powerful experiences of being in a foreign country, listening to a foreign language, the feeling in the air, the food, the culture, it’s a key part of development and growing up.”

He has spoken about his own ‘life-changing’ moment when during a residential to the Brecon Beacons as a teenager: “I particularly enjoyed the team activities, being in the youth hostel, washing up, cleaning, I really liked sitting on the step in the rain peeling potatoes in the bucket.

“It was the making of me, that’s what I needed. That was my door opening, that was me becoming Paul Rose.”

More about the conference

New to the 2023 conference, following delegate feedback, will be focused discussion circles and scheduled networking which will accompany a range of workshops for schools and providers.

Some of the workshops taking place for schools are:

More information about the workshops will be released in due course.

Discounted early bird tickets are now on sale until the end of September with CLOtC offering a discounted two teacher ticket.

For information, and to book your ticket, go to www.lotc.org.uk/clotc-national-conference/