Learning outside the classroom through social action and volunteering

LOtC advocates are eager for students of all ages to get involved in the #iwill campaign. Here’s how you can too. 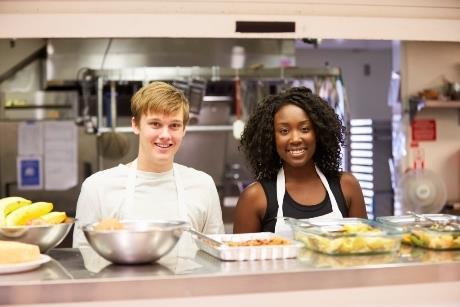 At the end of last month chancellor George Osbourne announced his plans to expand the National Citizenship Scheme by increasing the number of places on the programme from 80,000 to 300,000 by 2020.

The government-funded scheme for 16 and 17 year olds gives young people the opportunity to take part in residential activities and community work. In 2014/2015, the Cabinet Office spent £130.4million on the programme, and Osbourne’s most recent announcement says the planned expansion will support ‘hundreds of charities and third sector providers.’

However, some educational commentators and practitioners are of the opinion that the sort of activity championed by the programme could be implemented in schools when students are much younger than 16 and 17.

At the Council For Learning Outside the Classroom conference last month, Dame Julia Cleverdon suggested that children should be given opportunities to get out of the classroom and into the community to learn and contribute from a much younger age.

She said: “Learning outside the classroom is all the ways we use the community as a tool kit to grow young people’s experiences, opportunities… and to encourage bravery.”

She also stated that “for many pupils, the first time they go away is at 16 or 17. But their experiences can start at Primary.”

Cleverdon’s comments were well timed. She was speaking on the day that new details of the #iwill campaign were released.

Launched in 2013, the #iwill campaign is the work of Step Up To Serve, a charity launched by the Prince of Wales and the Prime Minister to make ‘participation in meaningful social action the norm for young people by 2020.’ The #iwill campaign seeks to create more opportunities for young people to take part in youth social action, be it a residential to aid a developing country, or running tea parties for the elderly.

The founding principles of Step Up To Serve include making social action and volunteering in the community part of a school’s philosophy, in which pupils can get involved in the local community and learn as a result.

Champions of the campaign have listed four main indicators for teachers, organisers and school representatives to use as guidance in establishing a culture of social action and subsequent learning in their own schools. These are:

1. Embedding social action into the heart of your school or college
2. Celebrating and recognising social action and inspiring students with role models
3. Encouraging all pupils as young as five years old to make a difference
4. Building strong partnerships with providers, charities and the local community.

A number of schools across the country have already bought into the #iwill campaign. Here are some of the ways they’re actioning it, so you can take your own inspiration.

Bournemouth School for Girls encourages its pupils to embrace social actions in a variety of ways, including its chamber choir going into local care homes to give concerts. Duke of Edinburgh is a popular way to get students out of the classroom, and six students have been invited to Buckingham Palace to receive their gold awards.

A secondary free school, the King’s Leadership Academy in Warrington, also champions DofE. Students begin the course in Year 9, from which it is compulsory up to Silver, with great encouragement to join Gold, the NCS or the John Muir award in Sixth Form.

East Kent College, after trying out a student engagement strategy of two volunteering days two years ago, made youth social action an integral part of the students study programmes. Six weeks of the academic year are called ‘progress weeks’, during which pupils must work on social action projects. The college has seen students offering hair-styling services to residents of a local nursing home, as well as cleaning up and repainting an area of a promenade in the local town to have a direct impact on the environment.

Meanwhile, Newton Farm Nursery Infant and Junior School in London has encouraged volunteer activities such as helping serve food in nearby care-homes, participating in litter-picking, and helping with bag packing at local shops.

The #iwill campaign has allowed schools the chance to help those further afield, and take students to countries that might not have once been on a school trip destination list. Northumberland Church of England Academy recently took a small group of Year 12 pupils to South Africa to help a parish refurbish its communal buildings, as well as care for orphans with HIV/AIDS. These students raised the money themselves.

Likewise, pupils from the Royal School Armagh in Northern Ireland were able to participate in relief work in New Delhi, again raising the funds themselves prior to visiting.

As well as benefiting the community, students develop skills from social action that can be tied into both the curriculum and character education.

Experiences can improve moral, cultural and physical development, and tie in to PHSE. Skills tied to Maths, Business, Drama and Art can also be brought to the fore through these practises.

For further information on how you can get your school engaged with the #iwill campaign, visit www.iwill.org.uk.