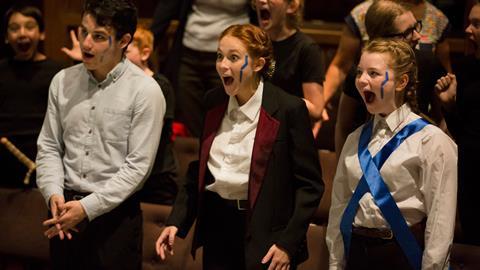 Jacqui O’Hanlon, the director of education at the Royal Shakespeare Company (RSC) and the chair of the Cultural Learning Alliance on lack of cultural capital among children and why live theatre is more important than ever.

What Jacqui doesn’t know about the impact of Shakespeare on children quite frankly isn’t worth knowing. Having been with the RSC since 2003 (and director of education since 2008) she’s also an RSC Education Theatre Practitioner and chair of the Cultural Learning Alliance.

No surprise then that she’s a huge advocate for the importance of arts and cultural learning in young people’s lives. We began by asking why it is so important to Jacqui and the RSC. 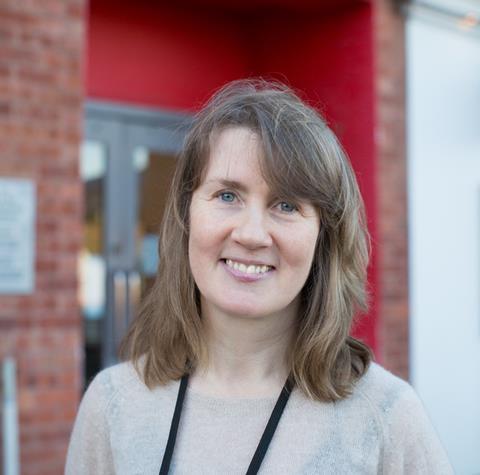 Jacqui, the director of education at the Royal Shakespeare Company.

”When you change what people think about Shakespeare you can change how they think about the world. Whether it’s music, dance or drama, what young people tell us is that those experiences and those subjects are hugely important to them because they help them appreciate difference, because they are interpretative, they find out what they think, they find out that other people think differently. They develop a respect for, and tolerance of, that difference.”

Something close to Jacqui’s heart is the idea of a “Cultural Capital” and how we help develop it in school children. In a nutshell she says: “It means we have a sense of confidence about where we’ve come from, all of the artists and cultural offer in our country, that gives a sense of where we’re going.”

And what about the role of learning outside the classroom when it comes to developing this “Cultural Capital”?

Quite simply, she replies, it “ignites a curiosity in young people”, adding: “It’s hugely important that, as young people and as adults, we’re able to access other kinds of spaces that we can learn in away from the school class. There is a need for schools to be porous. Schools are about the world so we need to get into the world on school trips.”

“Shakespeare is a magnet that attracts all the iron filings of whatever is happening in the world today. Our work is about evolving the form so we’re responding to what schools need.”

With Shakespeare in particular, Jacqui explains: “It’s so important for children to visit the place where he grew up, to be able to breathe the air that he would have breathed and walk the streets that he would have walked. Three things need to happen to get young people to connect with Shakespeare. One is to see Shakespeare live, the other one is start teaching it earlier in Primary school and the other one is do it while on your feet.”

Well aware of the budget and time constraints on teachers, Jacqui is very passionate about ensuring that children don’t miss out on these experiences because of accessibility issues. She acknowledges: “Teachers are in an extraordinarily difficult position; they’re always trying to do the best for their children.”

She welcomes the new Ofsted inspection framework (introduced in September) and feels confident it will help us really think about the educational “experiences” our young children are getting and what they’re getting out of school aside from the Curriculum learning adding: “The mood music I’ve heard from schools is that they hope it will make a difference to what’s valued.” 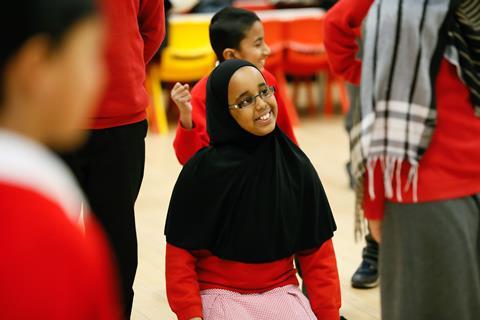 A rehearsal workshop as part of the Regional Schools Celebration organised by the Royal Shakespeare Company.

So what can be done about ensuring that the children who would benefit from learning outside the classroom experiences the most, can access them?

Jacqui has some interesting ideas: “One of the things I’ve been thinking about is that Transport for London offers free off-peak travel for school groups. That does mean that if you’re a school in London you can get to places. We often have schools saying to us that the biggest barrier is transport. What about expanding this to other areas? If, in other parts of the country, we could lobby the local authorities to get the transport providers to offer the same it would mean, for example, that a regional school in a remote part of the country can get somewhere.

“Another idea is - there’s a sports premium awarded to Primary schools to enable them to access high quality sports provision – that can be used for the minibus to get them out; could there be a similar arts premium?” 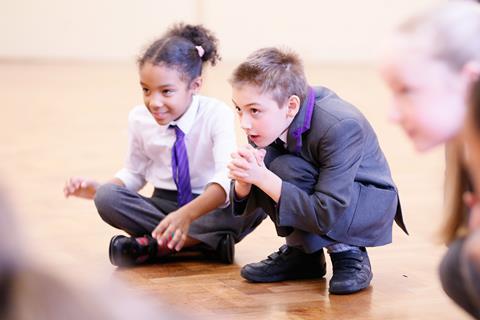 Pupils taking part in a session as part of the Regional Schools Celebration.

And with school visits to the RSC up by 2.2% last year, it’s encouraging to see teachers organising trips to engage their students in learning outside the classroom. As Jacqui explains, the RSC prides itself on understanding the teachers’ needs and also how important the visits are.

So what about the test of time? How will the teaching of Shakespeare change in the years to come? Jacqui said: “Plays are written to be performed in theatres; the special thing about seeing a play is that the audience play a huge role in what that play is like on that particular afternoon or evening. No one performance is ever going to be the same. That’s a huge excitement and the thrill of live theatre.”

For information about what the RSC has to offer schools head to www.rsc.org.uk