Pupils from Middleton Community Primary School, in Derbyshire, were transported 2,000 years into the past with an immersive Roman residential experience at Mount Cook Adventure Centre. 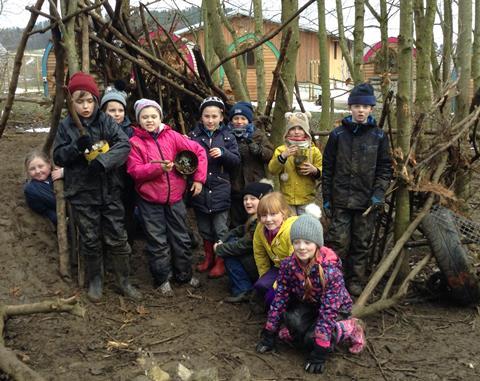 Pupils headed into the forest to learn shelter building and fire making techniques.

The children, aged 6 to 8 years, tried their hand at a range of outdoor activities which directly linked with the history topic in an exciting and engaging way.

Upon arrival at Mount Cook, the children were greeted by a Roman Centurion dressed in authentic legionary attire. In an interactive ‘Dress the Roman Soldier’ session, the pupils learnt about every aspect of the traditional Roman clothing, from the Galea (Roman helmet) to the Lorica Segmenta (armour).

“Thank you for letting us put on the Roman helmet, it was really heavy!” - Toby, a pupil at Middleton Primary pupil 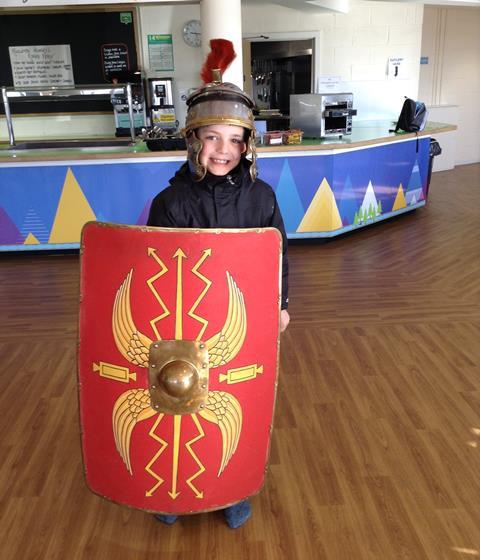 Students took part in a ’Dress the Roman Soldier’ session as part of their Roman residential at Mount Cook Adventure Centre.

The Roman Centurion then led pupils and teachers outside, equipped with trowels and brushes for an archaeological dig activity session. Hidden in the Centre’s grounds were ‘Roman’ coins, pottery and bones, which the children could dig out and examine. The group discussed the kind of Roman remains which still survive today, including forts, bath houses and roads.

In an archery session, the children learnt how to shoot a composite laminate recurve bow, which is very similar to the weapon used by the Romans. Traditionally the bow would have been made using horn, wood and sinew laminated together. By the end of the session, each child had successfully hit the archery target from up to 10 metres away.

After lunch, the pupils headed into the forest to learn shelter building and fire making techniques. For an ancient Roman, fire was an important source of heat, a tool for cooking food and a means for survival. The children had a go at building fire using a traditional bow drill, a technique which dates to prehistoric times. The pupils then collected natural materials, such as leaves and sticks, to create a waterproof shelter.

The final task for the pupils was to build a land kart, which could be used to transport goods such as olive oil and wine to markets. Working as a team, the children designed and created a kart using a set of wheels, axis and rope. The kart was then tested around a course, whilst balancing a bucket of water.

After a full day of outdoor activities and a hearty evening meal, everyone was soon feeling tired and ready for bed (including the teachers!). The pupils stayed in Mount Cook’s ensuite bedrooms, all of which sleep up to four people in bunk bed accommodation.

The children started the next day with a cooked breakfast and fresh fruit juice, before packing their bags and heading back to school. 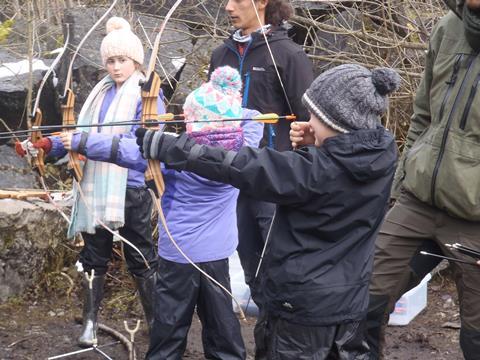 In an archery session, the children learnt how to shoot a composite laminate recurve bow.

Headteacher Alison Dugdale said, “The Invaders trip to Mount Cook was marvellous. The activities were perfect for bringing the Roman history curriculum to life. Each activity had a Roman context and backstory and the leaders all had pertinent facts to add detail and knowledge to the children’s experiences.

The children came away from our visit buzzing about Romans and Roman life – an experience they will long remember.”