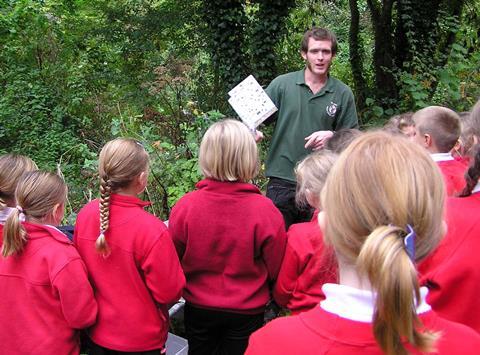 Back in August, conservation charity Wild Planet Trust announced plans for new school workshops after the head of education, Steve Nash, became a UN Accredited Climate Change teacher. Now, the workshops have been launched at the charity’s sites of Paignton Zoo and Living Coasts, with the intention to bring them to Newquay Zoo at some point in the future.

Wild Planet Trust, the Devon-based charity previously known as The Whitley Wildlife Conservation Trust, supports conservation in the UK and overseas with funds generated from its small network of zoological parks: Paignton Zoo and Living Coasts, both in Torbay, South Devon, and Cornwall’s Newquay Zoo.

Six workshops have now been launched under the name ‘All Our Futures’, with the aim of empowering young people to tackle environmental issues such as climate change, resource shortages and plastic pollution.

“As educators, we understand that the most important role for a teacher is to prepare pupils for the world beyond the classroom. It’s becoming ever clearer, however, that our world is changing. Our wildlife and wild places are in trouble and we believe that the choices we make now will have a tremendous impact on the world and its wildlife.”

Topics covered in the workshops include climate change, plastic pollution, sustainable choices and palm oil, and can be adapted for Key Stages 1-5. The workshops are included in the price of education admission and last approximately 45 minutes. Here are some of the options:

At Living Coasts, students will question where plastic in our oceans comes from, and discover the damage caused by it. They will sort through the material gathered from a recent beach clean and take on a fun challenge hunting for plastic pellets.

In this session, Key Stage 2 students will find out about the tropical species threatened by palm oil production and the impact human choices have on wildlife all over the world.

Secondary school students and beyond can take part in a session all about solutions to today’s environmental crisis, such as consumer choices and managing the earth’s precious resources. With a focus on food towards the end of the workshop, students will even have a chance to try some edible invertebrates.

Further information about All Our Futures workshops can be found on the website.

Contact the team at PZEducation@wildplanettrust.org.uk or on 01803 697510 for details.