J M Barrie’s Peter Pan will transfer to a new London theatre after a successful run at Bristol Old Vic, entertaining schools in the west country. 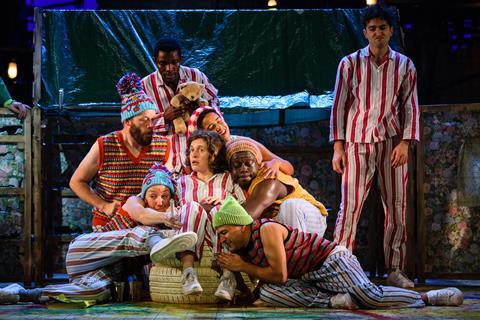 The Lost Boys in the production in Bristol.

Performances will begin at the Troubadour White City Theatre on 20th July and run through until 27th October.

Visiting schools with ten or more pupils will receive a special rate to the show, valid Monday to Friday.

When leader of the Lost Boys, Peter Pan loses his shadow during a visit to London, headstrong Wendy helps him re-attach it. In return she is invited to Neverland – where Tinker Bell the fairy, Tiger Lily and the vengeful Captain Hook await.

Full of magic, mischief, music and make-believe, Sally Cookson’s inventive Peter Pan is a “funny and moving version of a much-loved story for audiences of all ages”.

The show was first seen at Bristol Old Vic and reconceived at the National Theatre in 2016, featuring innovative aerial acrobatics and live music from an on-stage band.

The show uses wires for the cast to fly.

Peter Pan is a National Theatre co-production with Bristol Old Vic and is directed by Sally Cookson (Jane Eyre, A Monster Calls).

A new theatre in the heart of London 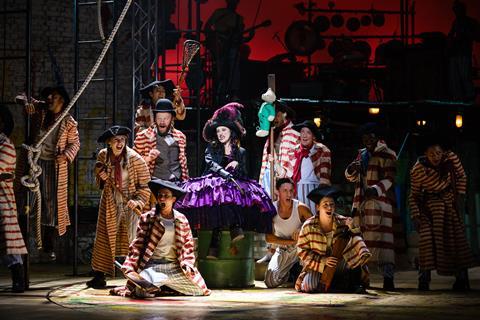 Beware of the pirates!

It consists of two spaces including a 1,200 theatre and an 800-seat, multi-purpose theatre.

What else is on at the theatre?

For more information about the show and tickets for schools, visit www.peterpanonstage.com.

To find out more about the theatre and what else is on go to www.troubadourtheatres.com/white-city