The National Theatre is providing high-quality online recordings of 24 renowned productions, so teachers and pupils can still get their theatre fix while at home. 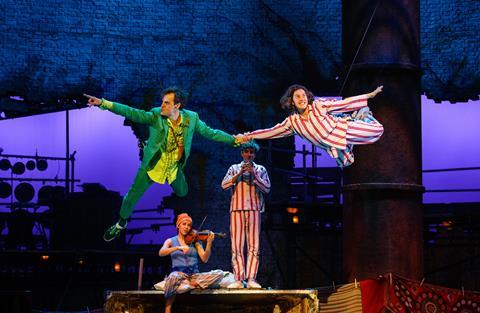 Peter Pan is one of the many shows on offer to pupils.

Following the Government’s announcement that all UK schools will close due to the Coronavirus epidemic, the National Theatre has made several productions, including Macbeth, Peter Pan and Frankenstein, available online.

Schools will be able to share log-in details with pupils to watch performances suitable for both Primary and Secondary students, with a further six productions expected to be added soon.

Pupils and teachers at state schools can watch the collection at home for free, with independent schools being included in a free trial period until the end of May.

Alice King-Farlow, director of learning at the National Theatre, said: “Given the unprecedented challenges we are all currently facing across the globe, we want to ensure that pupils, teachers and academic institutions are supported during this time and can continue to have access to a range of learning resources during the school closure period.

“The National Theatre Collection is an invaluable resource and with thanks to Bloomsbury Publishing, we are able to open up access to pupils and teachers across the UK and ensure young people will be able to continue to explore world-class productions and all aspects of theatre-making.”

All recordings are accompanied by learning resources to help pupils understand the craft behind British theatre including rehearsal insights and short videos, plus other features such as scene-by-scene selections and synopses, theme and key word searches.

As well as its range of shows on offer, the company is also providing:

For more information about the National Theatre, visit www.nationaltheatre.org.uk.