The National Memorial Arboretum in Staffordshire has launched a free online exhibition as part of a series of activities commemorating the 75th anniversary of VJ Day. 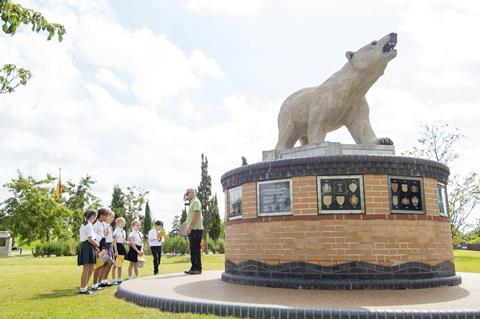 Pupils on a previous visit to the National Memorial Arboretum.

Created by illustrator Kremena Dimitrova, the exhibition, titled Visualising History: Remembering the Forgotten Army, aims to tell pupils the story of the diverse communities who compromised the Fourteenth Army.

Often referred to as the Forgotten Army, the force was made up of units from all corners of the Commonwealth and was formed in November 1943. It was said to be the largest single Army formed during World War Two.

The exhibition, which marks the 75th anniversary of VJ Day, explores the people who served together in ‘one of the fiercest theatres of World War Two, and the lasting legacy that they have had on today’s society and culture’, containing elements inspired by a recent series of digital workshops where young people looked at key themes of the exhibition.

Chris Ansell, head of participation and learning at the National Memorial Arboretum, said: “We continually strive to find new routes for people to engage with Remembrance and discover some of the amazing stories of people who have served our country.

“Kremena’s impactful and story-driven illustrations tell the incredible tale of the ‘Forgotten Fourteenth’ who bravely fought for the freedoms we all hold dear.” 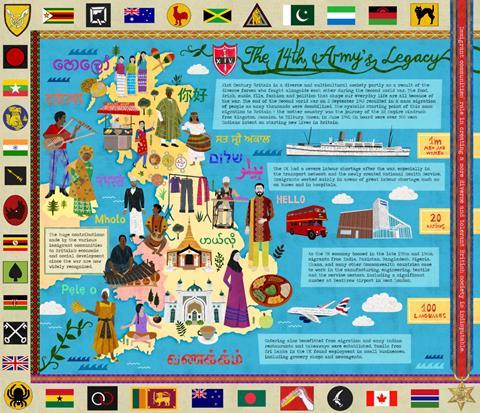 The artworks are colourful and informative.

Kremena Dimitrova, who created the exhibition and is also an award-winning historian and lecturer, said: “In creating this work I was determined to help everyone expand their knowledge of this important historic era, going beyond what is often taught in schools and discussing how people from different backgrounds worked together to overcome adversity in the forgotten theatres of World War Two.

“By bringing this amazing story to life we can all remember their service and learn from the people who, during World War Two, helped each other regardless of race, religion or cultural differences.”

About the National Memorial Arboretum

The site aims to honour the fallen and recognise service and sacrifice across 380 memorials, set among 30,000 maturing trees. Usually, pupils of all ages can benefit from a range of workshops at the site, linking to the many stories associated with the memorials.

The exhibition is free to view on the Arboretum’s website until 30th September here.