The National Media Museum has launched its new programme of IMAX films, with curriculum links to Science, Design and Technology. 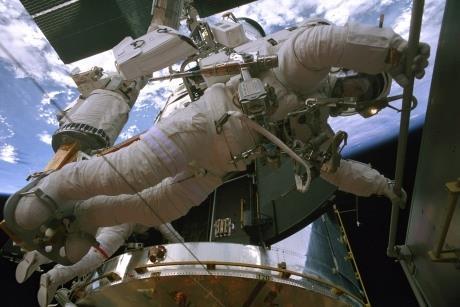 The National Media Museum has launched its new programme of IMAX films, with curriculum links to Science, Design and Technology.

Hubble 3D has been designed for Key Stage 2 to 4 pupils studying Science, Design and Technology. The film explores the concept of distant galaxies and the mysteries of the universe by portraying a mission to repair the Hubble Space Telescope.

The film follows seven astronauts taking on the most difficult and important tasks in NASA’s history, using 3D technology in this story narrated by Leonardo DiCaprio.

For Key Stage 2 to 4 pupils studying History and Science, Walking with Dinosaurs recreates the history of the prehistoric giants as they faced natural disasters and like-minded predators, whilst also playing, hunting, feeding and undertaking epic migrations.

The on screen movements and bodies are based on fossil evidence, with their behaviour taken from palaeontology and detailed studies of modern animals.

The museum already offers plenty of learning resources for Key Stage 1, all the way through to Key Stage 4 and higher education. School trips can meet curriculum requirements for English, Science, Design and Technology, Art and Design, ICT, History and Media and Film studies during visits to the museum’s seven floors.