The new workshops will be based on the Anglo-Saxon Kingdoms: Art, Word, War exhibition, due to open this month and will be suitable for Primary and Secondary schools. 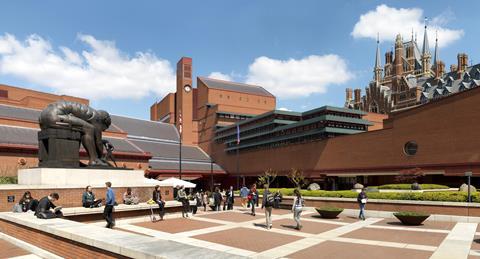 The exhibition, opening on 19th October, aims to provide students with an in-depth understanding of the history of Anglo-Saxons, as they explore displays on the beginnings of the English Language and Literature.

The programme of curriculum-linked workshops, which are launching on 29th October, will teach visiting pupils about the history, art, literature and culture of Anglo-Saxon England.

The display will be open to the public until the 19th February 2019. Featuring 180 treasures from the British Library’s own collection, it will delve deep into the Anglo-Saxon Kingdoms.

Collections and displays will include handwritten and intricately decorated books, finely crafted metalwork, and sculpture that has recently been unearthed.

Visitors will be taken on a journey through the time-period, as some of the few surviving books produced in the period are brought together for the historic display.

Alongside the exhibition, the British Library is running free workshops for visiting Primary and Secondary school groups.

The school sessions will involve an activity-led exploration of the Anglo-Saxon Kingdoms: Art, Word, War exhibition. The tour, which is run by the library’s team of creative educators, will see pupils examine objects that will support History, English and Cross-Curricular learning.

Themes explored during the tour will include language, literature and culture of the Anglo-Saxon period.

Visiting schools can also make the most of self-guided visits which are offered free of charge.

Highlights of the display

•    The first letter written in English.
•    Manuscripts of Old English poetry and prose.
•    Copies of Lindisfarne Gospels, Beowulf and Bede’s Ecclesiastical History.
•    World-famous Domesday Book offering a depiction of the landscape of late Anglo-Saxon England.
•    Codex Amiatinus, a giant Northumbrian Bible taken to Italy in 716 will return to England for the first time in 1,300 years.