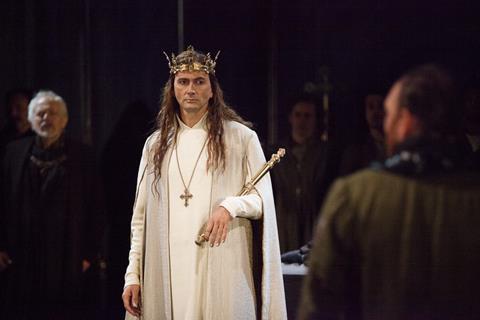 David Tennant as Richard II at the Royal Shakespeare Theatre in 2013.

As they are currently unable to rehearse or perform, the actors have volunteered to share their tips and answer questions about Shakespeare and drama studies whilst under lockdown.

The Royal Shakespeare Company has received hundreds of questions from young people studying Shakespeare as part of its #RSCHomeworkHelp initiative. It said questions have ranged from ‘do you have any advice for performing on Zoom?’, ‘how would you update the servants in Romeo and Juliet?’ to ‘if Julius Caesar was a radio play, how would you stage the assassination scene?’ and ‘Which sister is worse, Goneril or Regan?’

Due to its success, the scheme will continue into the summer term and new questions can now be sent either by email to homeworkhelp@thersc.org.uk or via Twitter or Instagram using the hashtag #RSCHomeworkHelp. The actors will then respond to the students’ questions through a mixture of written and video responses which will all shared on the RSC’s website.

The Company has also launched a package to help support young people with their learning at home including a series of Activity Toolkits to help learners unlock Shakespeare. Each one has fun, 15-minute activities that young people can try themselves.

The Toolkits help those new to Shakespeare or young people looking for ways to extend their GCSE learning. They are suitable for all ages to unlock the plays’ language, themes, characters and plots.

Each toolkit contains 20 fifteen-minute activities which range from watching actors in rehearsal, recreating Duncan’s murder scene or making puppets, to recording voxpops, creating storyboards, arranging fight scenes or choreographing a dance for the Capulet’s Ball in Romeo and Juliet.

The first RSC Activity Toolkits are now available for free on the RSC’s website and focus on some of Shakespeare’s best-known plays, Romeo and Juliet, Hamlet and Macbeth, plus Othello, Much Ado About Nothing and The Merchant of Venice, which are all available to see on BBC iPlayer. 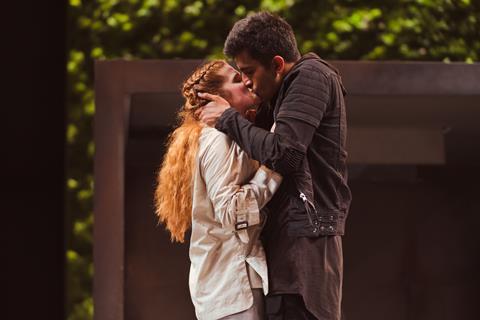 A production of Romeo and Juliet is now available to watch for free as part of the BBC’s Culture in Quarantine series.

Young people are invited to post activities completed from the toolkits online as part of the RSC’s #ShareyourShakespeare – an invitation for people to come together and celebrate Shakespeare and his plays online.

Other online resources from the RSC: