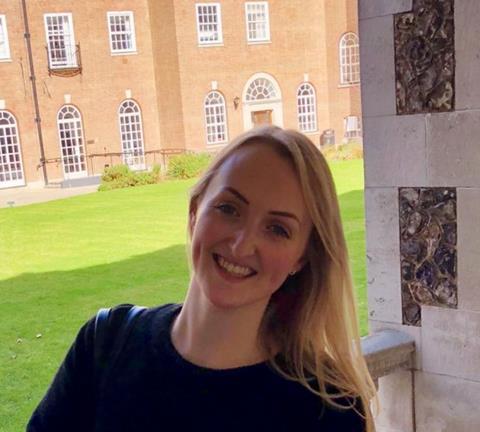 Eve Richardson has worked at Villiers High School for the past four years. The school, which has a history dating back to 1907, has 1,100 pupils and is co-educational with students from a variety of religions, faiths and countries. She now helps broaden students’ horizons, providing them with unforgettable experiences outside the classroom.

What are your main objectives when organising trips?

Our students come from many different countries and for 90% of them English is not their first language. Our main purpose is to broaden their horizons and provide them with life experiences they would not have had before. When we go on theatre trips to the Lion King and Aladdin they have never seen anything on such a scale before, and these trips are also hugely beneficial when it comes to studying other subjects such as English and art. We also want to show them the rich British heritage when we go on day trips to London. Even though we are half an hour from London some of them have never been and have never travelled on the tube or a train.

How do you select which students to go on trips?

We will target a group of pupils or use it as a reward trip. At Villiers we have an enrichment timetable with clubs led by staff and older students, so recently we took members of the creative writing and critics’ club on a trip linked to English, and another time we will take a club for girls who are shy and lack in confidence and our alternative curriculum group where students have come from war-torn countries and have a special curriculum.

What are some of the trips most memorable trips you have organised?

We took a whole year group to the Globe theatre which was fantastic. As they have a standing section they can accommodate a large number of students. For GCSE and A-Level students we tie in shows with the texts they are studying so have been to An Inspector Calls and 1984. Another group had an amazing time at the Women of the World (WOW) festival organised as part of International Women’s Day.

Have you discovered any hidden gems?

The House of Illustration Gallery at King’s Cross is only small, but is really interesting and we used the pictures on show for a creative writing project. The British Library is also really good as there are free exhibitions and workshops.

Are there any particular challenges you face?

We have many pupil premium students so many of them wouldn’t be able to afford to go on trips. So most of our trips, apart from the theatre, are free. The Globe is also very good as it does £5 tickets for students. But often the theatres open the ticket lines for school tickets at times when we are teaching and someone has to be on the phone waiting on hold in a queue. We also use TfL’s free transport for schools which is great for day trips but it is for off-peak travel so doesn’t work for the theatre due to the timing of matinees and by the time we come out it is too late to use. 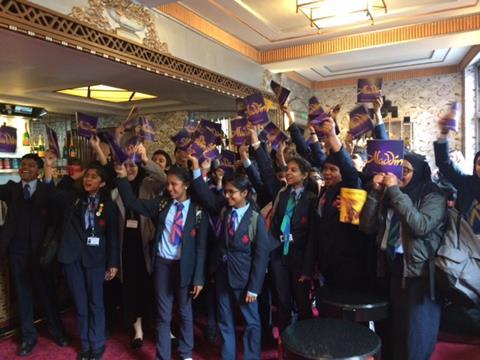 Students from Villiers High School on a trip to see Aladdin.

What are some educational outcomes you have seen from trips?

Going to the theatre has a massive impact on the students. It makes them feel special and valued when they might feel underestimated at school, it makes them enthusiastic to learn and it creates special memories. It also helps us build a relationship with the pupils outside the classroom environment.

Do you ever go on any overseas trips?

We don’t do them that often. We have been on a day trip to France and this summer there will be a language trip to Madrid which is possible because the school can use pupil premium money towards it, so the students are really looking forward to that.

How has your school managed to find so many interesting and, in many cases, free destinations?

We have an enrichment coordinator, Edith Johnson, who is absolutely invaluable. People don’t come to us and often we have to seek them out. Edith does all the research and in addition to liaising with the organisations and theatres that we work with she looks for opportunities in the area that are free, along with ones that can help with the organisation of trips such as providing risk assessment. Having an enrichment coordinator is such a help and something I would recommend for any school.

Disney Theatrical Productions offers a number of curriculum-linked education programmes including behind-the-scenes insights and pre-show workshops at a number of musicals including Aladdin and The Lion King.