Making a splash - in some cases for the very first time - resulted in a group of Grimsby students returning to the classroom brimming with new-found confidence. 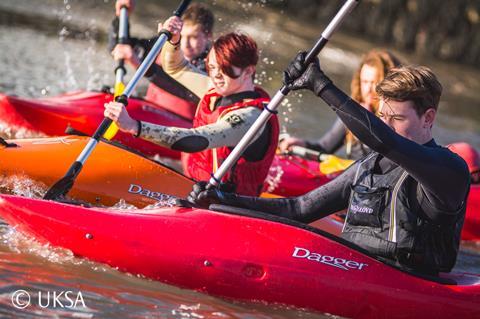 Kayaking was among the activities the 11 and 12-year-olds experienced at UKSA.

Windsurfing, kayaking, stand-up paddleboarding and sailing were among the exhilarating activities the 11 and 12-year-olds experienced at UKSA, the charity that believes in harnessing the power of the sea to bring about change.

It was the third time Ormiston Maritime Academy had been on a residential trip to UKSA, which also offers non-residential days to educational groups. The academy is sponsored by the Ormiston Academies Trust (OAT), a not-for-profit trust sponsoring primary and secondary academies. On each trip three free places were allocated for pupil premium students and the names of all pupils hoping to go on the trip were put into a hat.

Science teacher Hana Standing said: “It started when one of the vice principals sent round an email asking if anyone would like to provide support on the first trip in May 2016. The trip came about as Ormiston secured half funding for the pupils and I jumped at the chance to go. It was an absolutely awesome trip and I said we needed to take the children back, and we have been fortunate enough to secure funding for the subsequent trips. It has also been fantastic for me as I have gone from being support to lead teacher for the last two.”

“At the beginning the pupils have to rate themselves for each one and then they do it again at the end,” explained Hana. “The majority of them have little self-confidence at the outset but that completely changes during the week. Even though our school is by the sea a number of the pupils had never been in it. Our motto during the trip was ‘there is no such thing as can’t’ and if the pupils said they couldn’t do something I would make them do a set of burpees! It was wonderful to see them quickly change and say ‘I can’t do that yet, but I am going to try’.

“During the stay the activities included keelboat sailing, raft building, windsurfing, kayaking, paddleboarding, team games and orienteering where they were dropped off in woodland and had to use a map to get back. It was non-stop fun from first thing in the morning until the evening and the pupils thrived in the environment and you could see real changes in all of them.

“The food was excellent and the staff were absolutely amazing and were very flexible if we wanted to change anything.”

The UKSA offers complimentary visits for teachers, including accommodation and the ferry crossing, to view the facilities. Although Ormiston Maritime Academy’s funding has now run out, Hana said the school was doing its utmost to make the trip available every year.

“It is such a fantastic opportunity for the children and we really want to go back,” she said. “In order for parents to be able to afford to pay the full price we are considering announcing it a year in advance so they can start making monthly payments towards it to make it easier.” 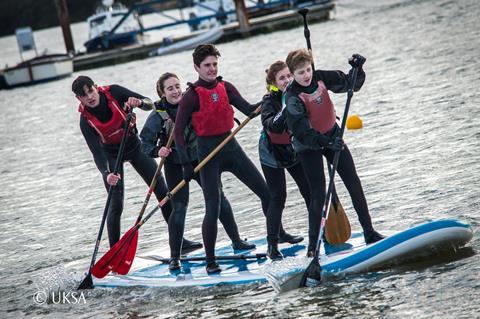 Students from Ormiston Maritime Academy were able to try paddleboarding during their residential trip to at UKSA.

The trip was a catalyst that provided the pupils with a new outlook on tackling tasks back in the classroom, attaining the academy’s values of ASPIRE (Achievement, Support, Perseverance, Independence, Respect and Enthusiasm) and preparing for exams.

“We didn’t work on a specific project or classroom topic after the trip but the children all came back with renewed confidence and focus,” said Hana. “Instead of skipping questions they didn’t know the answer to they all had a go and wrote something down, even if they knew if might not be right. They learned perseverance and were no longer afraid of getting things wrong. In the past many of them would have just left the page blank if they weren’t sure of the answer.

“The trip also gave them the confidence to try something new, which they wouldn’t have done before. Many of them returned from the trip and joined our school cadet force. The trip was absolutely fantastic in this respect and had a long term effect that carried on back at school.”