We had the privilege of catching up with Simon Yates, one of the two mountaineers whose story features in Touching the Void. 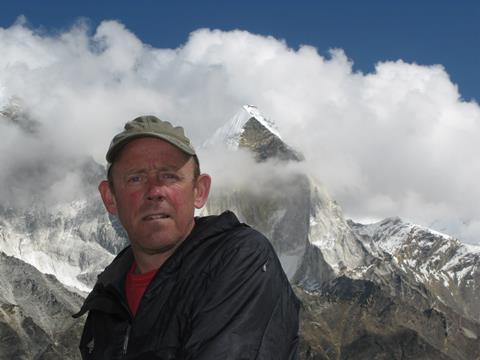 It was on a school residential that mountaineer Simon Yates first discovered his passion for climbing. “We went on a school trip to Coniston in The Lake District,” says Simon. “I found it totally engaging. I had always spent a lot of time playing outside as a child in Leicestershire but the mountain landscape of Cumbria, I realised, provided a much bigger and more colourful canvas for outdoor adventures.

“We did a variety of activities through the week and on the last evening one of the instructors said he could take two people climbing with him the following day and asked for volunteers. I stuck my hand up and although I did not know it at the time, that decision defined the whole course of my life.”

Since that school trip Yates has climbed some of the most remote and rarely explored mountain ranges of the world. He’s one of only a handful of people to have climbed the 6,096 metre, spear-shaped, Laila Peak in Pakistan, and he took part in the first British ascent of the massive snow and ice pyramid that is Khan Tengri in Kazakhstan.

One of his most harrowing climbing experiences was documented in Touching the Void – the film that The Guardian described as ‘the most successful documentary in British history’.

The film documents the lead up to and the aftermath of the near fatal accident that took place when Yates and his climbing partner Joe Simpson were tackling the west face of Siula Grande in the Peruvian Andes in 1985. The film has also just been adapted into a stage play. 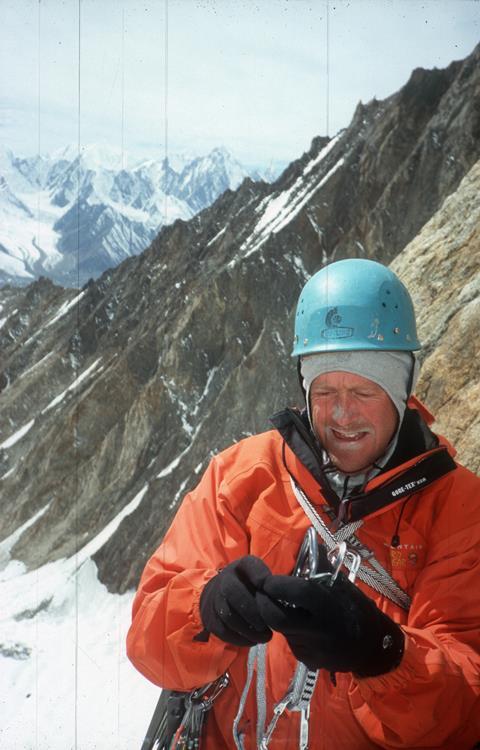 Simon on one of his many adventures.

When Yates isn’t scaling heights, he spends his time at home in Cumbria with his family, including his two daughters who, he admits, get to go on more educational trips than he ever did.

“They do a large variety of different things,” says Yates. “Outdoor activities, skiing, trips to cities and the attractions they contain, also student exchange trips. I think the trips generally make them more confident and socially aware – particularly exchange trips where they also get to experience different cultural traditions and values.”

It’s not just his own children that Yates has seen flourish and grow as a result of getting outdoors. The mountaineer has also taken children into the peaks of Tierra del Fuego in South America and Nepal on trips where their parents were climbing.

“The children loved being in remote and special places, the interactions with the local people and all the different cultural aspects of that sort of travel.”

“I think it makes them much more confident, comfortable with change and being in both different physical and cultural environments. It also makes them more understanding and aware of other people.”

As a result of his own childhood experiences and seeing both his own and other children flourish after going on trips, Yates is a firm believer in getting school children away from their desks more often.

“Young people spend far too much time engaged with screens and their phones in particular,” explains Yates. “I think the big thing about getting away from their desks now is they can also get away from screens, which can mean they interact with each other and the world around them more.

“Getting children outside of the classroom to learn also gives children the chance to play in a less formal environment and use their imaginations. It also allows them to be much more physically active. I also think it is important for children to be aware of the natural landscape and our continued interaction and reliance on it.”

In a perfect world, Yates would like to see changes to the educational system to allow children to get out of the classroom more often. “I’d like to see it more as the Scandinavian approach to getting children outdoors,” Yates explains. “Where they actually have lessons outside.”