School Travel Organiser finds out more about Lincoln Castle, which offers a dedicated learning programme for schools, known as Investigate. 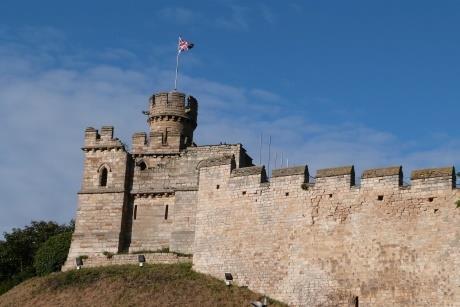 Investigate aims to bring the castle’s history to life in an engaging manner for children from Early Years through to Key Stage 4.

It provides a range of National Curriculum linked workshops, which are designed to complement studies taking place in the classroom, particularly the History curriculum.

The castle, which was built by William the Conqueror in 1068, has a history as a Norman motte and bailey castle, a Medieval fortress, a Georgian gaol, a Victorian prison and is also home to one of the four remaining 1215 copies of the Magna Carta.

Last year it fully reopened following a £22 million investment and it now boasts a learning centre with working spaces for schools to use.

Half or full day facilitated workshops, guided tours and self-led visits are available for schools. Pre and post ideas are suggested on Lincoln Castle’s website and teacher resources can be downloaded.

In this workshop, Key Stage 1 students can discover what it was like living in a castle and learn about historical figures that resided at Lincoln Castle. The session includes a mini banquet where pupils will be able to dress up and handle armour and other related objects as they explore the past.

Relating to the Key Stage 2 History topic, Britain’s settlement by the Anglo-Saxons and Scots, this workshop teaches pupils of the Anglo-Saxon’s conversion to Christianity.

Activities include a drama performance, where students demonstrate how beliefs changed, as well as a chance to make an Anglo-Saxon artefact.

Dungeons to Dark Cells: 1000 years of Crime and Punishment

Dungeons to Darks Cells: 1000 years of Crime and Punishment is a Key Stage 3 workshop, which examines the crime and punishments at Lincoln Castle from Medieval to Victorian times.

Covering the History curriculum’s topics The development of Church, state and society in Medieval Britain 1066-1509, and Ideas, political power, industry and empire: Britain, 1745-1901, students will learn about people who were imprisoned at the castle using original sources. There is also the opportunity as part of this workshop to take a tour of the Victorian prison and Cobb Hall.

A Norman Castle: Power and Peasantry

Here Key Stage 3 students will learn about the Norman invasion and castle construction, discovering the answers to questions such as ‘What still remains of the original buildings?’ ‘Why was it built here?’ and ‘Who built it?’

Students will examine plans and drawings from the past as well as replica armour and weaponry. A guided tour of the castle is also included with this workshop that links to studies on the Norman Conquest.