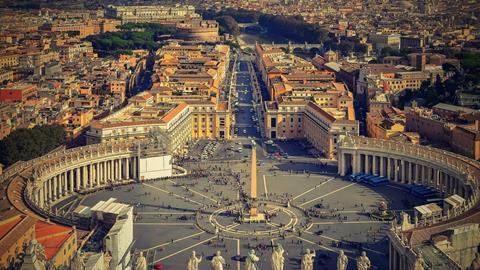 Taking your pupils outside of the classroom in order to visit a religious building – or simply a school trip with a religious focus - can definitely enhance subsequent RE lessons.

Here are some ways you can give children the opportunity to learn more about how other cultures practise their beliefs.

The current building which houses London’s Jewish Museum is an amalgamation of two earlier venues: the London Museum of Jewish Life and the Museum of the Jewish East End.

The museum was initially founded with the aim of rescuing and preserving the disappearing heritage of London’s East End – the heartland of Jewish settlement in Britain.

A school trip to Chester Cathedral offers tailored tours and workshops to suit all ages. Children can take part in activities such as dressing up in religious costume or creating their own ‘stained glass’.

Guided tours for schools can focus on the history of the building and how the monks lived and worked in the abbey before the cathedral was built; the cathedral as a sacred space; and the artistic aspects of the cathedral, including the mosaic wall pictures, tiled flooring, stained glass windows and medieval wooden carvings.

The Enlightenment was an age of reason and learning that flourished across Europe and America from about 1680 to 1820. This permanent exhibition at the British Museum uses thousands of objects to demonstrate how people in Britain understood their world during this period.

The Enlightenment Gallery includes a section on Religion and Ritual, focussing on how the Christian mistrust of superstition and idols, rituals and magic had led to ignorance about other religions around the world.

The British Museum will offer school visits a tour of the collection under the Religion and Ritual theme, specifically looking at the negative and ill-informed opinions that many Europeans had of the non-Christian religions of other lands.

A typical school visit to the mosque consists of the following: a multi-media presentation about Islamic faith; Q&A and discussion session; a guided tour of the mosque building accompanied by a faith guide; and observation of one of the daily or special prayer services.

For primary school children, the mosque offers special worksheets which they may take back with them; there is also free literature on Islam for all visitors.

5. An RE day trip to London

A typical day itinerary in the capital includes a morning visit to St Paul’s Cathedral for a self-led tour followed by a trip to the West London Synagogue or London Central Mosque.

Additional venues on the itinerary list are Neasden Temple, where school groups can explore the Understanding Hinduism exhibition and the Imperial War Museum for a Holocaust workshop.

Children visiting the temple will be given a 30 minute interactive talk on Indian culture and religion – covering background, religion, way of life, dressing, language, beliefs and principles.

There will also be the opportunity to walk past the deities (statues of Indian gods) and a question and answer session.

7. A school trip to Rome

Students can discover one of the most important European cities of the Roman Catholic Faith on a Religious Studies trip to Rome.

Rome is bursting with enriching experiences for students; whether it be attending a Papal Audience participation session in St Peter’s Square, or simply exploring the countless Basilicas and Churches that the city houses.

Education tour provider, Rayburn Tours has designed its trips to complement GCSE Religious Study units and will allow students to explore the topic of Religious Beliefs and Lifestyles.

The Cathedral Education Department at Christ Church in Oxford offers school visits to students from Key Stage 1 to Key Stage 5, and in addition, can arrange familiarisation trips for teachers.

Most school trips take place in the Priory Room, and include a tour around the cathedral. Teachers can choose between self-guided tours, for which the venue will provide activity booklets and pencils, or a tailored visit which can include activities such as dressing up, for younger pupils.

9. An Ultimate Church Visit arranged through the Salvation Army

Ultimate Church Visits is an initiative from the Christian charity, The Salvation Army, whereby teachers can arrange a school visit to their local church in connection with the charity.

An Ultimate Church Visit session usually lasts a morning or an afternoon and works best with one class.

Pupils are organised into small groups of about seven or eight and visit different zones set up around the hall. Through these zones children explore, with the help of a zone leader, the history, beliefs, worship and work of The Salvation Army through a range of activities which include drama, music, craft, quizzes, stories and play.

A school visit to the Buddhapadipa Buddhist Temple in Wimbledon will be met by one of the monks, usually Pramaha Sangthong Dhammacaro, who will explain to the children all about The Buddha and his teachings.

Pupils should be impressed by the glittering exterior of the temple and the murals that adorn the walls inside. Pramaha Sangthong will talk for around 25 minutes, after which children will be given the opportunity to ask the monk any questions that they might have.