Storrington Primary School from West Sussex chose The Mary Rose museum in Portsmouth as an ideal day trip for the school’s budding historians in Year 5. 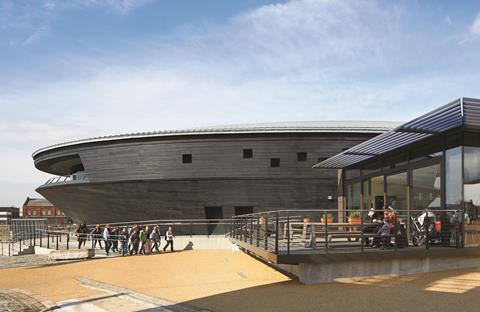 The Mary Rose museum offers a fascinating look at the history of this famous ship… as well as the amazing wreckage itself.

Storrington Primary School strives to use its local environment of the South Downs to bring learning to life for children, which made The Mary Rose museum in Portsmouth an ideal day trip for the school’s budding historians in Year 5.

“The purpose of the trip was to make learning about Henry VIII a more interactive and memorable experience,” said class teacher Miss Curley. “Everyone knows Henry VIII for his six wives but we wanted the children to dig a bit deeper into this period and discover more about the Tudor way of life. It was only 500 years ago and to have so many artefacts on our doorstep, it would have been a missed opportunity.”

“I really enjoyed the opportunity to learn outside of the classroom and I liked looking at primary sources and not just photos from a book.”

The Mary Rose was a ship in Henry VIII’s navy which the king commissioned when he came to the throne in 1509. Having spent 437 years buried on the seabed, half of the ship is now missing but a lot can be learned about ship construction from the period through the cutaway on display in the museum.

Personal items and objects found on board paint a picture of the lives of the people at the time, from jewellery to musical instruments. According to the museum, recent work has shown that the crew were more cosmopolitan than originally believed, with some coming from north Africa. 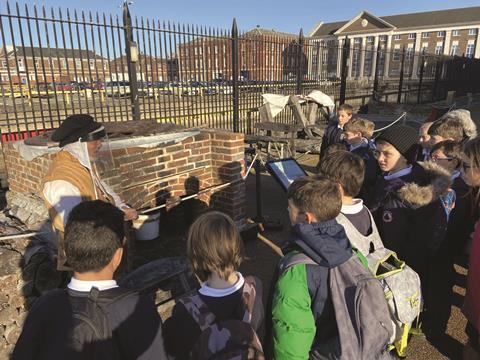 The pupils learnt more about the Tudor period on the trip.

Ambling through the dockyard, the enthusiastic buzz and excitement of the children was prominent, recalled Miss Curley. One class group experienced the museum with a tour guide while the other completed the Henry’s Heroes workshop, with the groups switching around after lunch.

Henry’s Heroes allowed the children to handle artefacts to learn how the Tudor king and his contemporaries lived, as well as dressing up. One of the highlights of the day, according to Miss Curley, was watching the children “squeal with delight” when the box of clothes was presented to them.

“Going to the Mary Rose museum really helped me to do writing when I got back to school because I was able to see the artefacts and there was lots of information that I learnt, so I could use this in my writing.”

Chester, a Year 5 pupil, said: “We were taught all about two groups in society – the rich and the poor. We were asked to use clues about them to work out whether we thought the artefacts and clothes belonged to the rich or poor. This was one of my favourite parts of the day because it was like we were detectives.” 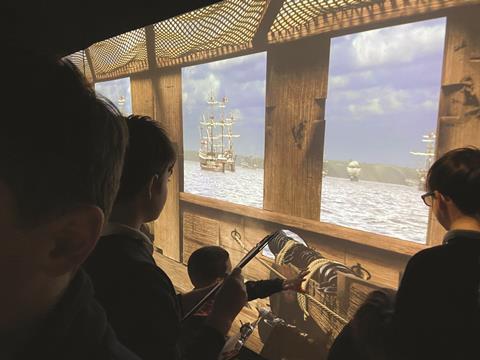 Getting hands-on with the museum’s artefacts was a highlight.

What worked particularly well, thought Miss Curley, was that the class had the same member of staff for the Henry’s Heroes workshop as they did for touring around the museum and were therefore learning new facts with their guide. The children were fascinated by the amount of artefacts displayed in the cabinets and they were particularly drawn to the captain’s dog, Hatch.

But the artefact of the day was most definitely the site of the Mary Rose. “I found it very interesting because the actual ship was there! It was an amazing sight to see,” said Year 5 pupil Augustas.

“The children spent the next two weeks writing a non-fiction article on the Mary Rose. We had three main focuses: underwater archaeology, artefacts found onboard the Mary Rose, and cultural diversity of the crew. It was brilliant to observe how all the children had something to write. They were able to really draw upon their knowledge of the day and we are keen for our students to be critical thinkers.

In Year 5, we strive to explore the cultural diversity of British history so that children are challenging racial stereotypes. After working so hard, the children’s writing really could be published in a historical book. We were so proud of their accomplishments that we sent them into the Mary Rose museum to read. The children were thrilled to find out how impressed the museum was with their writing.”

For more information about organising a school visit to The Mary Rose you can telephone 023 9281 2931 or go to www.maryrose.org/learning.