An outdoor show: Kynren - An Epic Tale of England

Pupils from a school in County Durham witnessed an epic outdoor show from both sides of the auditorium. 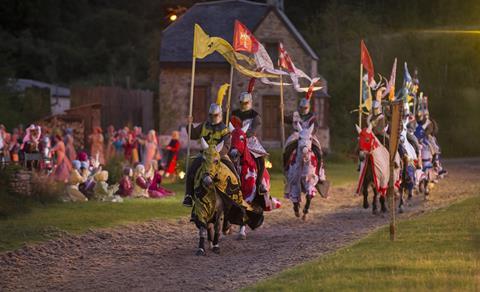 Pupils from Escomb Primary School were invited to see Kynren - An Epic Tale of England.

In addition to the group of ten Year 5 and Year 6 youngsters who saw Kynren - An Epic Tale of England, others were also part of the cast in the action-packed live action show in Bishop Auckland that begins its third annual season this June.

Transporting the audience on an immersive journey through 2,000 years of history, myth and legend, Kynren is performed every summer on a 7.5 acre ‘stage’ - the size of five football pitches - and has 1,000 cast and crew who have been professionally trained by international performance experts in dance, theatrical combat, pyrotechnics and equestrianism. And in addition to the human performers, the show features magnificent horses and a menagerie of other starring animals.

Wendy Gill, headteacher at Escomb Primary School, said: “We were invited to see Kynren in 2016, which was the first year that it was performed. We took the children to the show as it had clear links with History and Drama and we also had some other pupils from the school and a member of staff who were in the Kynren cast!”

Hot on the heels of its opening two seasons, teachers will discover that Kynren has even more surprises in store for 2018 with the addition of brand new experiences including the Animal Croft and a food village showcasing local cuisine. The Animal Croft will give visiting school groups the chance to meet the show’s furred and feathered cast, and learn more about their day-to-day care and training before they take their seats for the 90-minute performance in front of Auckland Castle. 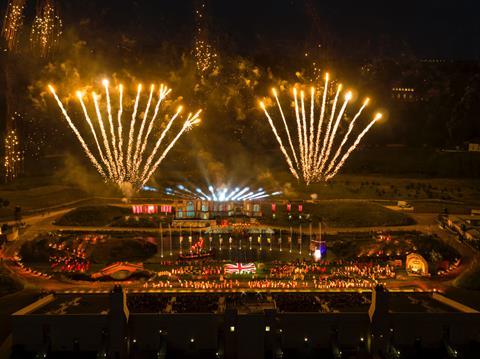 Students from Escomb Primary School were taken to see Kynren - An Epic Tale of England as it had clear links with History and Drama.

“We decided to visit Kynren to show support for and to celebrate something extraordinary and unique in our local community,” continued Gill. “The show gave the children a strong sense of belonging not only to their own local area but their national heritage and it was also a fantastic experience to see an outdoor theatre show on this scale.”

The show’s creative director, Steve Boyd, returns to Kynren fresh from working on the opening ceremony of the Winter Olympics in South Korea and will lead the spectacular that is set against a backdrop of world-class special effects and amazing fireworks. New for 2018, the show will also commemorate 100 years since the end of the First World War and include a poignant narrative that acknowledges the role of women during the war and suffragette movement.

Speaking about what she enjoyed most about the show from an educational perspective Gill said: “It was the immense pride and passion for our own national heritage and culture, and the fact that something so spectacular has been created by volunteers.”

She said the children were spellbound by Kynren’s 29 scenes that include the Roman occupation, Viking and Norman invasions, medieval feasts and jousting, the splendour of the Tudors, the English Civil War, Georgian Renaissance, Industrial Revolution and two world wars right up to the current period, as seen through the eyes of Arthur, the son of a mining family from the North East of England.

“The children enjoyed every single bit,” said Gill. “They were mesmerised by the whole performance, as were the supporting members of staff.”

The 2018 Kynren season opens on 30th June and there will be 17 performances on Fridays and Saturdays through to 15th September. This year a new ticket pricing system has been introduced with group savings to make the historical show more accessible for school groups. Savings start at 10% for groups of ten or more and increase on a sliding scale to a 25% saving for parties of 30-plus. 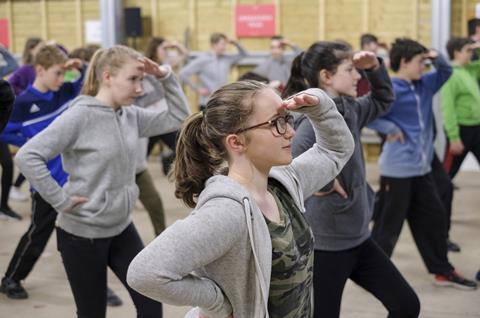 Children who took part in the visit delivered a presentation to the rest of the school.

Kynren takes its name from the Anglo-Saxon word meaning generation, kin or family, and the personal experiences of the pupils involved in the show, from watching and taking part, provided the basis for another ‘performance’ back at school.

“Children who took part in the visit and children who were members of the cast delivered a presentation to the rest of the school,” said Gill, who added that she would “definitely” recommend fellow teachers to take their pupils to see Kynren.